After watching a YouTube video of inspirational speaker Inky Johnson, I had to collect myself as tears streamed down my face in response to his incredible story. I then asked myself, how are you going to write about this amazing young man but then thought, what did Inky say? “It’s not about you but how you can be a blessing in someone else’s life.” I felt the importance of sharing Inky’s story of triumph and determination and what his experience may mean in uplifting another person’s moment of crisis.

Inquoris D. Johnson (better known as Inky Johnson) is a motivational speaker, author, and former football player for the University of Tennessee who rose from a life of adversity to becoming a shining example of the very best in us. Inky grew up in poverty surrounded by crime and drugs. But, for Inky, this hostile environment planted a seed of greatness that Inky nurtured within his spirit as he set forth in life with an unrelenting goal of making life better for his family through sheer will and commitment.

His early understanding of how the decisions we make affect everyone around us shaped his philosophy that quitting when the going gets tough or when we don’t like the situation becomes a habit which will eventually catch up with us.

From the age of 7 years, Inky trained religiously for his lifelong dream of becoming a professional football player. Starting as a child, doing extra training on the practice field late at night in the headlights of his mother’s beat up car. Her loving eyes serving as an unwavering source of inspiration and pride.

Inky Johnson was born on February 12, 1986 in Atlanta, Georgia and grew up in the rough Kirkwood neighborhood in a 2-bedroom house with his mother and 13 other family members. He slept on a pallet on the floor and recalls arriving at the bus stop early to shake out his backpack to make sure there were no roaches or rats inside. In true Inky Johnson fashion, when given the opportunity to transfer from his failing school to one of the top in the city, he refused noting that he wanted to be an example to his siblings on how they could make it out of their violent and drug infested neighborhood. Even then he knew it wasn’t about him but others.

Inky’s opportunity to advance out of his surroundings arose one night when a coach walking down the street came across Inky and his cousins playing. The coach signed them up to play organized sports. Inky played football and baseball.
Graduating from one of the underserved public schools in Georgia, Inky’s talents on the field earned him a college scholarship to the University of Tennessee playing football. His noticeable skills earned him a shot at making it into the NFL draft. But, to his horror, it was not to be. A life altering accident at Neyland Stadium made Inky ponder:

“When we fail to achieve our lifelong dreams, we must ask, “Am I Failing, or is God prevailing?” Inky Johnson

September 9, 2006 in a game against Air Force, Johnson went for a tackle and jammed his shoulder into the body of the Air Force running back. The hit caused permanent nerve damage in Inky’s right shoulder and left him fighting for his life. His right arm was paralyzed; ending his lifelong dream of lifting his family out of poverty as a player in the NFL. For most people this unbelievable turn of events would have brought them to their knees, but not Inky. He reached into his soul and drew on a power that had been growing in him his entire life. He saw the dream crushing accident as an opportunity to share his life experiences with others because he knew God had a plan for him.

Inky tours the country and shares his inspiring words with audiences as well as on his website, Facebook, and Twitter. Inky speaks from his soul with a compassion and strength that makes you reflect on your life and strive to be a blessing in someone else’s. Hearing Inky’s story for just a few short minutes gives you a bucket full of motivation to uplift and inspire you to do your best every day.

On his website – http://www.inkyjohnson.com/ you can download little tidbits of daily reflections and reminders of your goals.

“We Become What We Feed” is a wonderful parable spoken by Johnson infused with mellow Jazz meditation music adding to the richness of the story. He encourages you to download and “marinate on that.” Inky Johnson

“You Become What You Feed” and other Inspirations

I feel it, my friends do too; stress. Unrelenting, daily stress in response to all the negative energy permeating our planet. Our world needs healing, and in the passionate pleas of Michael Jackson, “There are people dying if you care enough for the living make a better place for you and for me.”

This song is a poignant reminder that we are a community of souls and are charged with taking care of one another. When people feel it’s okay to turn their back on pain and suffering, we lose our humanity.

We all could use some major healing in the midst of the chaos and hate enveloping the country. People are hurting and afraid. We should be coming from a place of love, not hate and resentment.

Just like Michael said: “Heal the world, make it a better place, for you and for me and the entire human race”. 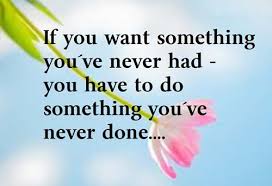 This blog is all about a mind shift. Living life to the fullest by tapping into our talents, developing those gifts, and going after them with a determination for success.

Even if circumstances have been such to beat us down, tell us we’re failures or our lives are pointless, we still have to believe in ourselves, pursue enlightenment to advance our abilities and how we can contribute to society.

I recall a talk I had years ago with my son. In this discussion, I asked him how do you want to use your talents, for the good of society or without thought simply throw them away? The choice is yours. Be conscious of your effect on the world and the legacy you want to leave.

These are the questions that lift us up to our highest potential and become a decisive factor in our happiness on this journey called life. 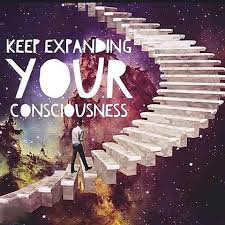